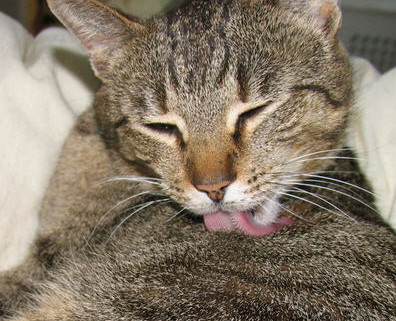 If you’re a cat lover like we are at Whiskers to Tails Petsitting, you’ve probably been known to throw around a few cat puns here and there – or whenever you possibly can. We thought we’d have a little fun with this and develop a comprehensive list of the most purr-fect cat words.

If you’re ever in desperate need of a list of cat puns, words or names for your furry friend, just re-fur to this list!

Try working these cat puns into your everyday conversations for good laugh. After all, everyone loves a good cat pun!

Kitten me = Kidding me

Bonus joke plus some special seasonal puns brought to you by Tuxedo Cat (check out their blog for more fun cat puns):

Cat Words: Try Making Your Own Pun with These

Now it’s time to give it a try. Pick out any of the cat-associated terms below and put together a pun of your own. We know that you’ll do claw-some!

So, if you and your kitty ever want a good laugh, keep this article bookmarked and put the paw-er of cat puns at your fingertips!

We hope you enjoyed this comprehensive list of cat vocabulary. If you love cats as much as we do, have some fun by speaking completely in cat puns!

If you’re looking for more resources about cats, dogs and pets in general, we have everything you need – just visit the Whiskers to Tails blog today!

5 Things to Know before Hiring a Cat Sitter